Why women stopped giving birth on weekends or holidays in Spain

Why women stopped giving birth on weekends or holidays in Spain 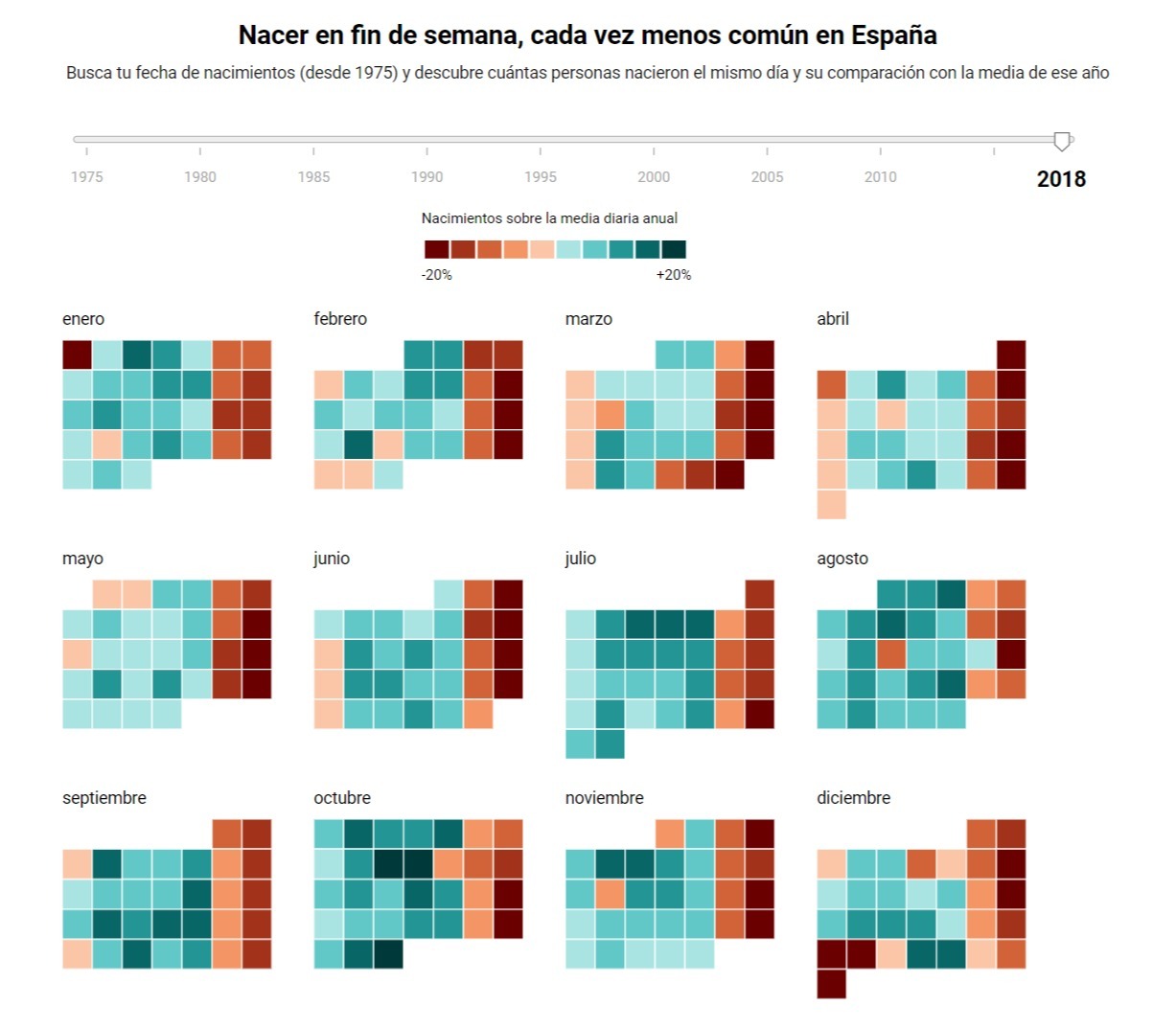 A data analysis of more than 15 million births that took place in Spain since 1975 show that every year more and more births in public or private hospital are scheduled on labor days and children are born much less on holidays and weekends than 40 years ago. This analysis lead us to prove that doctors and administrative personnel in hospitals scheduled births on week days to avoid working on weekends or holidays or preventing natural birthing.

This project was one of the most read of the year in elDiario.es and also one of the one that made most people suscribe and pay for eldiario.es during the year, according to our statistics. For the first tim e exclusively, we revealed the dates of birth of millions of people in Spain.In addition, several organizations related to the promotion of natural childbirth that lobby the goverment shared the research, highlighting the excessive medicalization of childbirth in Spain. During this days a lot of women shared their stories on social media on how they experienced schudeled birth without any explanation of the medical staff and without any complication on their pregnancy process, this stories showed how the data are related to experiences and proved a systematic process from the staff in the hospitals.

R and Rstudio for data compiling and data analysis, D3, Datawrapper and Flourish for visualizations, Javascript for scroll narrative.

The most complicated part of the project was to analyze and clean the database with more than 15 million births in Spain since 1975. In some cases, the data had to be reviewed because there were births that were dated on non-existent days and also to harmonize the variables of 4 different forms with which births have been registered in Spain during the last 40 years. This was the first time that the National Statistics Institute deliver this information to journalists by request.

This project can inspire journalists from other countries to request public data on births and analyze the evolution of the medicalization of childbirth in each country. Is there a trend in other countries to be born on a working day and less to be born on a holiday? This can be a crossborder project that tries to colllect birth data from a list of countries. This investigation can prove there is a tendency of obstetric violence that is only related to dates where medical staff works.