The Watchers Overhead: The Korean Peninsula and a Silent ‘Satellite War’

The Watchers Overhead: The Korean Peninsula and a Silent ‘Satellite War’ 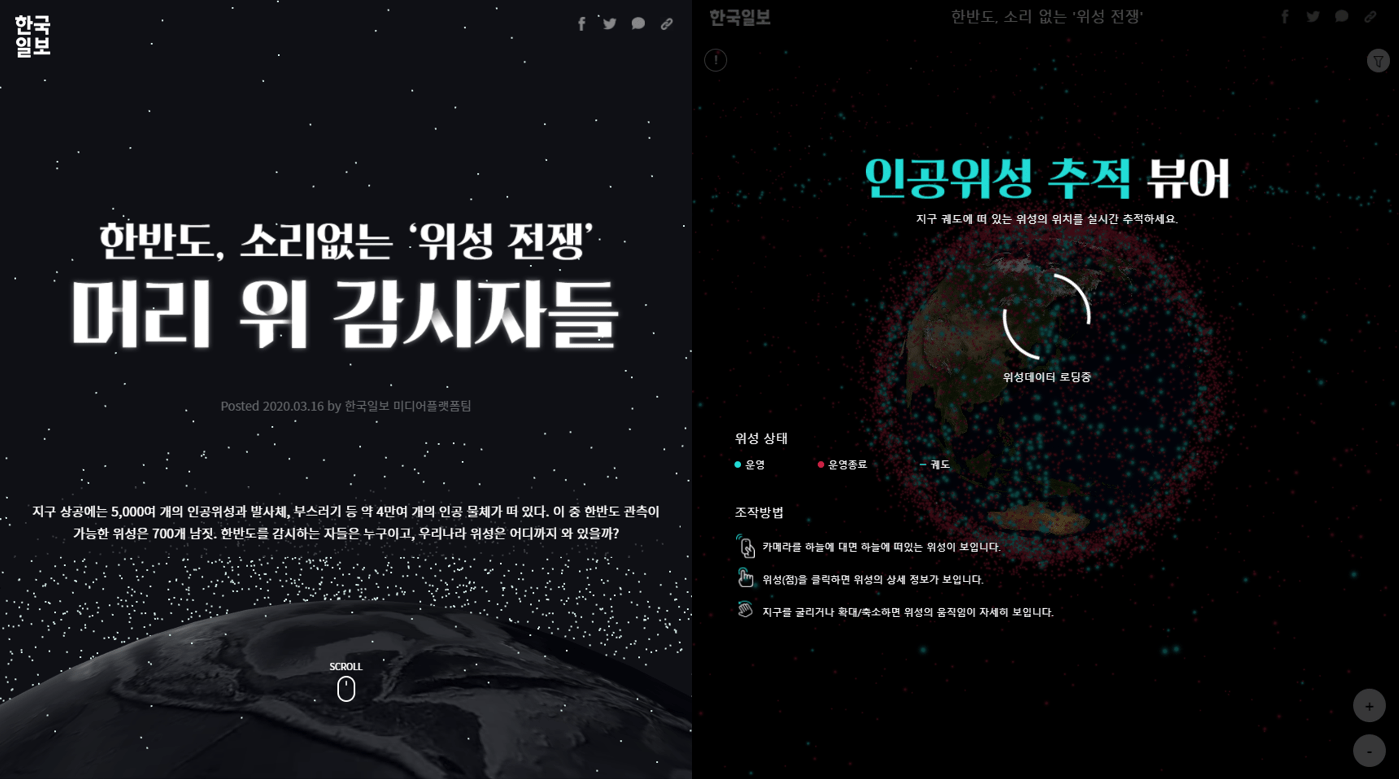 The Korean Peninsula is one of the world’s last remaining divided regions — at conflict for over 70 years with only the demilitarized zone separating the two Koreas. Countless satellites from world powers such as the United States, Russia, China and Japan orbit the airspace above the peninsula, owing to the region’s strategic importance. Hankook Ilbo analyzed some 40,000 pieces of space surveillance data to map and simulate in 3D satellites that cannot be seen by the naked eye, revealing the importance of satellites for national defense, the state of Korean satellite development and military tensions in the unseen ‘satellite

Following our reporting, previously undisclosed information about future plans and the current state of satellite development — such as new launch vehicles, surveillance and GPS satellites — has now been released to the public.

The tools we developed for this project won praise from government agencies, such as the Korea Aerospace Research Institute and the Korea Coast Guard, and experts in the field. We also received numerous inquiries about our tools and development.

We hope that the project and the tools and software used to report the project, which analyzes satellite data in real time and presents them in Korean, will raise interest in the field of artificial satellites and find use in the classroom as well as the newsroom.

Optimizing data presentation and storytelling for both desktop and mobile environments proved to be our biggest challenge. We paid special attention to maintaining the flow between technologies such as augmented reality and satellite tracking while effectively presenting tens of thousands of visual data points in real time.

Our project demonstrates that data journalism can present not only statistical analysis but also raw data in a visually and technologically appealing way, showing journalists a way to provide readers with a new storytelling experience.