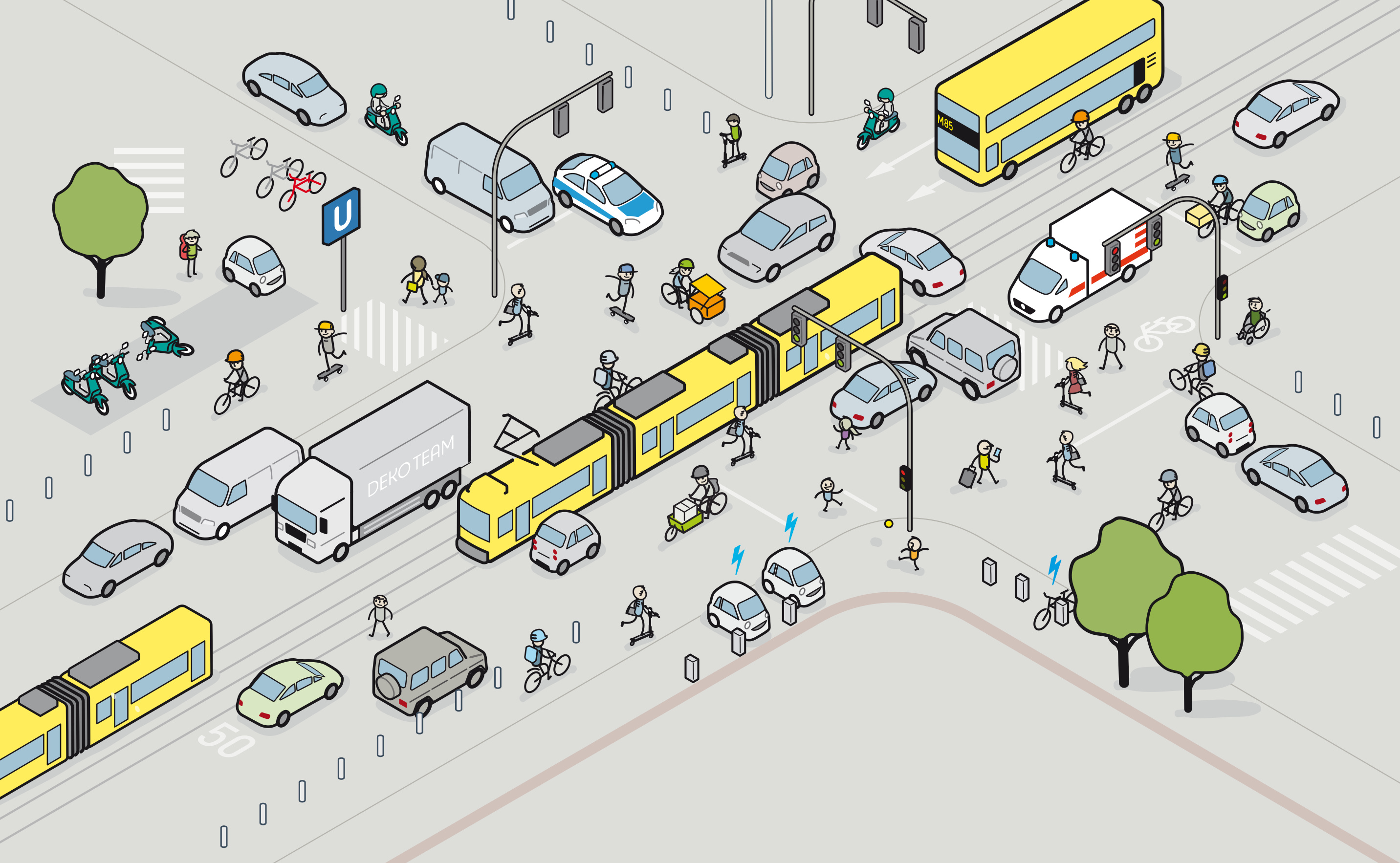 Although mobility revolution has been politically proclaimed after the 2016 election in Berlin, it still shows little on the streets. When bike lanes are built, cyclists often complain, that these lanes have little to do with their needs. That is partly because traffic planners have hardly ever conducted structured surveys of what types of bike lanes feel safe. Motorists and pedestrians haven’t been asked what kind of cycling infrastructure feels safe for them. The Tagesspiegel Innovation Lab teamed up with the startup FixMyCity and researchers to build a visual intuitive survey that allows to evaluate different types of road design.

More than 22.000 people participated in the survey, which was only possible thanks to the cooperation of the daily newspaper and experts, mixed with a playful design of the articles and the survey. The survey was shared nationally and internationally on social media.

The results attracted international attention and have since been as hotly debated in public as among experts. Furthermore, they became part of planning concepts between politicians and traffic planners. The generated data was published as open data for city planners to work with.

For the survey, thousands of photorealistic renderings were automatically generated by the research project. These simulated scenes all presented different combinations of bike lane features – such as width, color, demarcation or the position of parking spaces or amount of traffic on the street. This guaranteed that the individual factors could be separated in the evaluation afterwards.

For the data analysis we used Python pandas next to several other kinds of self-developed algorithms. Both teams worked together on the analysis – while working in close exchange with research experts and planners.

Straßencheck is a good example of how science and journalists can benefit from collaborations. While FixMyBerlin brought the biggest part of expertise, our team gave a lot of input on the different scenarios from a user’s point of view.

It was a challenge to show more than thousands of images without boring the reader. Therefore, we were able to use our experience in UX-design and presenting complex data analysis to our readers. I the end, we successfully found an approach of gamification for a scientific survey, which is proven by the result of the survey- thousands of readers clicked through thousands of images.

The constant exchange over the entire duration of this longterm project allowed the project to balance between technical accuracy and the interest of the general public.

Even if journalists and scientists do not always have the same goal at the beginning, it is worth creating joint projects. Both sides benefit from the knowledge of the other. Journalists get exclusive results, scientists in return a great platform to present their research.