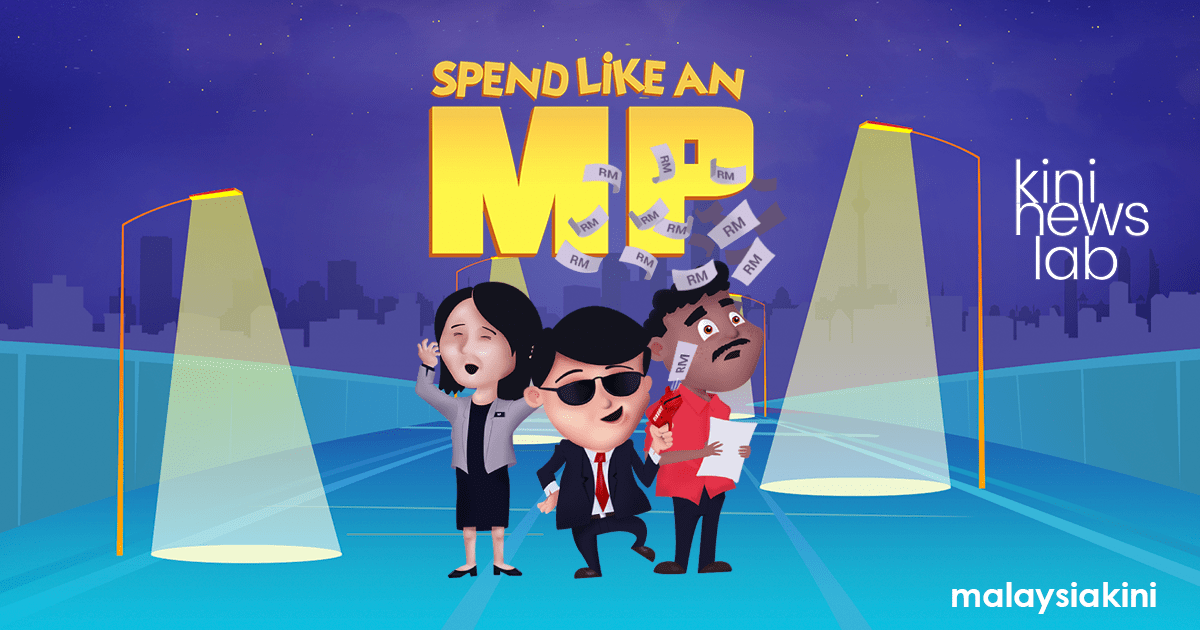 The “Spend Like an MP” project comprises a special report and a dedicated game.

Built based on interviews in the special report, the game helps readers simulate the role of an MP in Malaysia.

They have to carry out their duties while maintaining their finances and popularity with constituents.

It aims to highlight what MPs do and how they juggle between their constituents, their salary and allocations as well as their personal lives.

The special report discusses the problems with the current lopsided allocation system in Malaysia, what the MPs think about their responsibilities and the way forward.

The project was well-received, particularly among younger readers who were previously not interested or aware of this policy problem.

The game was played more than 70 thousand times since launch day and was virally shared on social media platforms.

The project also successfully boosted our subscription revenue between 26 and 41 percent for three consecutive days since its launch day. It shows that the Malaysian public is willing to support good content.

We used Ink, a scripting language, to write and test the game script on Inky, the Ink editor. The script was exported as a JavaScript Object Notation (JSON) file.

We then used JavaScript to write a script to parse the JSON file to obtain the data we needed to present the game on web pages.

The structure and layout of the game were built with JavaScript, JavaScript library React and React framework Next.js.

The graphic was done with Adobe Photoshop.

In Malaysia, the public expects a lot from MPs beyond their actual job scope – to debate and enact laws in Parliament.

The government and opposition MPs receive an unequal amount of allocation for their constituencies.

The Malaysian public tends to react with outrage when MPs get a salary hike but many are not aware of various issues, including having to spend out-of-pocket for requests by constituents, especially for the opposition MPs who are discriminated against in terms of allocations.

The gamification of a lawmaker’s role is a novel approach to educating readers in Malaysia.

Presenting the issues through a special report with a tailored-made game from the MPs’ perspective helps us to better convey the message in a unique, innovative and engaging way.

The most challenging part of creating the game was to strike a balance between user experience and the key information we want to present.

We wanted to find the best length that can effectively deliver the message without risking fatigue while at the same time is sufficient to help users appreciate the MP’s financial dilemmas and challenges.

We comprise a small team with one graphic designer, one UX designer, one journalist and one journalist/developer. None of us had experienced in a project like this. The final product went through several iterations. We kept testing until we thought it was ready. It was a painstaking process.

Another challenge is data collection. Our MPs are not required to make their spending public. As such, we interviewed many MPs to get insights on how they spend their money.

The process, which was hampered by the Covid-19 pandemic, took up to two months. We were unable to independently verify all the interview information through official sources but gained a good idea by comparing what the various MPs told us.

We think that gamification of special reports is one of the ways forward for news organisations to cope with changing audiences.

Instead of presenting a wall of text to the readers, news-based games enable journalists to explain complex policies and systems in an interactive and engaging way.

This can be helped by journalists with programming skills and knowledge. They can implement the logic flow of their script and build the site/pages for the game.

In the absence of programming or developer experience, a newsroom can still initiate collaborations. Talents can be found in game design schools in your local colleges or universities where they encourage students to take part in real-work projects.

The game can be played for free and provides the core information but if they would like to learn more, they are given an excerpt of the full article. To access the complete content, a subscription is required.

We also have prominent calls-to-action for subscription and donation at the end of the game. We received feedback from some readers that they decided to subscribe to Malaysiakini after playing the game as they wanted to read the article to understand more.