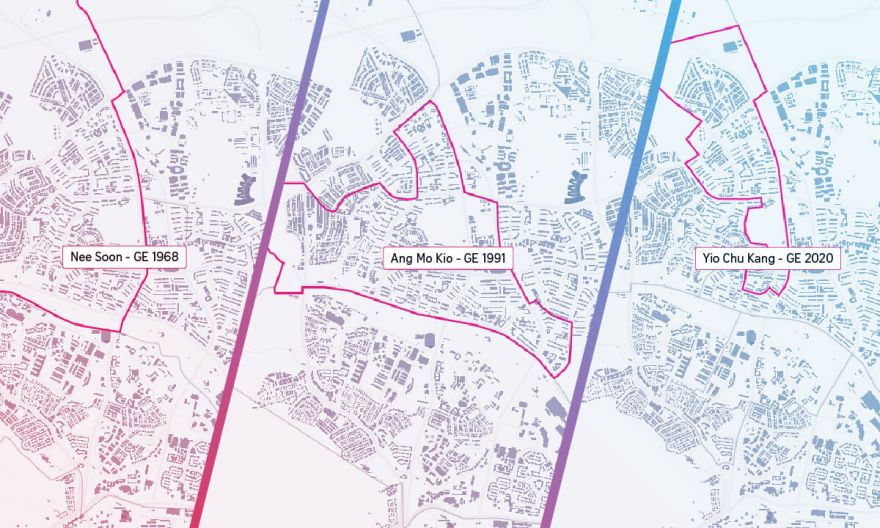 Changes in electoral boundaries, which can be controversial, are closely watched in every Singapore election, including the 2020 General Election.

Just how extensive were the changes over the years? The Straits Times’ election data team ran an analysis and found that every area of Singapore has seen at least one change.

To create Singapore’s first digital archive of electoral boundary maps, the team spent months retracing all boundary changes since 1968, when the country’s first election after independence was held.

We were able to prepare this in advance and publish on the day elections were announced on June 23 which meant we had hit peak interest on the topic. Some quotes from readers:

“Sharing this because the content presentation should be the new standard of how we consume big media; interactive, concise and visually captivating.”

“Not bad, ST coming up with a NYT style piece complete with graphics and animation. Well done.”

Hand-drawing electoral boundaries for every election since 1968 from archived reports obtained from the local archives using GIS software.

We then placed a hexagonal grid over Singapore’s land area and counted every time an area gets assigned to a new constituency for every election.

For the interactive map, we used Mapbox.

All the rest are SVG and our team’s templated modules in Vue.js.

The first digital archive of all of Singapore’s electoral boundaries since 1968 (Independence) and therefore, the first complete contextual analysis of the controversial topic of “gerrymandering”.

Previously, comments have been made without any visual or data-driven analysis so this way we were able to pinpoint the phenomenon of what people on the ground feel – which is constantly changing boundaries – and make it more concrete with data.

Interestingly enough and because of our approach, we faced no push back in publishing this story.

Got something political to say? Say it but verify it first! I think this project proves that even the most controversial of topics in a controversial place inside of a controversial paper, can be done with the right approach and usually data is a good way to go.