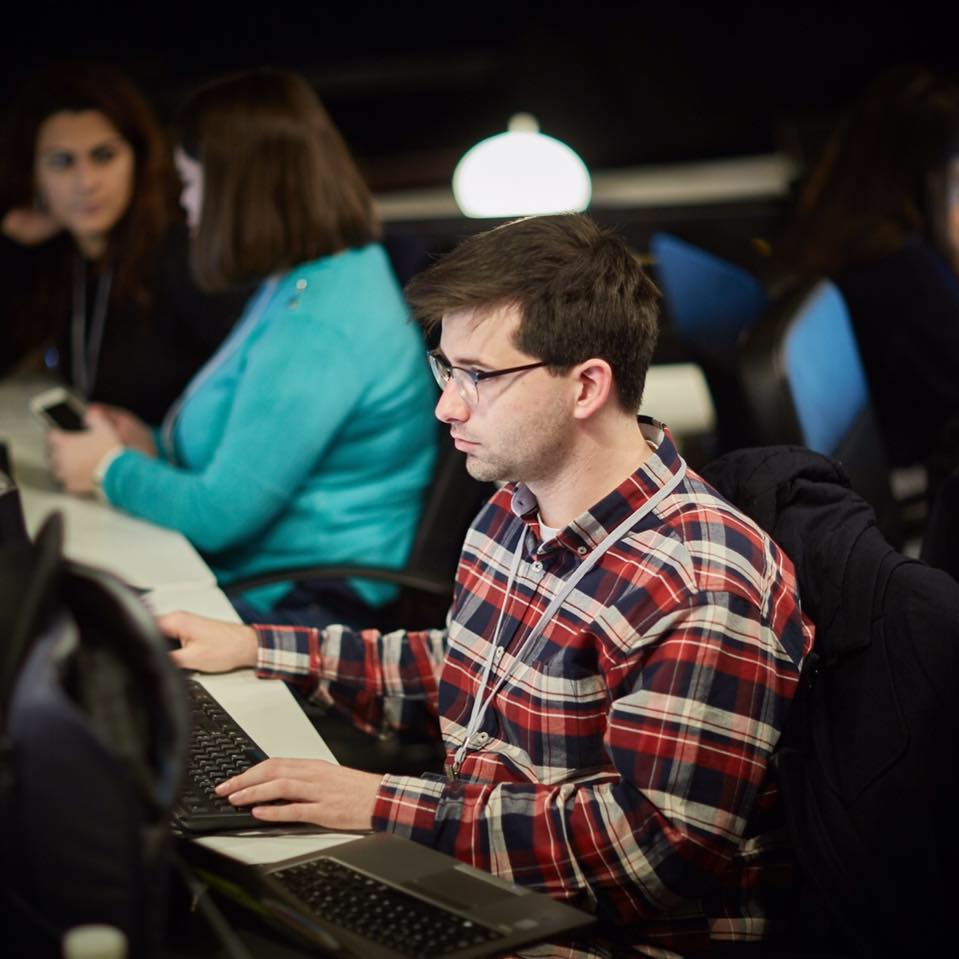 My name is Rui Barros, a 25 years old data journalist based in Portugal. After a three months internship in 2016 at Rádio Renascença (a radio, and now online publication, founded in 1934), I was hired to create our data team – one of the first in the country. Since then and until this month, I have been working there, bootstrapping the data journalism field in the country, boosting the open data community and innovating article formats. With a background in maths and science in high school, I ended up studying journalism to realize that statistics and my interest in computer science shouldn’t be a mere hobby, actually being a valuable asset in the journalism field. From 2013 to 2016, inspired by The Guardian’s data blog, I started improving my programming skills. First, because I wanted to be able to make those amazing D3.js interactive data visualizations and secondly because I realized that Excel, or any other WYSIWYG software, imposed too many limitations for data analysis. For the past year, I worked on a variety of data-based projects and every new one was an opportunity to learn something new and expand my skill set. As the only dedicated journalist working directly with data in my newsroom, I was responsible for all stages of the data journalism workflow: data gathering, cleaning, analysis, and visualization. Even though that makes it impossible for me to specialize in any specific field, the will to achieve the excellence seen in places like “The New York Times”, “FiveThirtyEight”, “The Economist” or “La Nación” made me work hard to learn everything needed o be able to contribute on all stages of a project. With European and Parliamentary elections in the same year, 2019 was the year of pushing my limits to achieve projects that I am proud of. To achieve the quality level I aspire to, I worked hard to learn several new technologies. I was able to learn Vue.js, use R and the tidyverse as a second language. Learned more about maps and D3.js and even wrote my first API using R package plumber. That kind of knowledge led me several breakthroughs: a national scoop about a doctor who worked 100 hours weekly for a year, a creative approach about sentiments and readability on political manifestos, the first poll of polls published by a media outlet in the country, an algorithmically generated text to find out if you could live in some cities in Portugal and a news application that allowed voters to know all the 4.603 candidates that were running for the seats in the national parliament. The work I was able to produce was only possible because of one thing: the community. The data-driven journalism community that keeps using Twitter, newsletters, blog posts, and other online resources to share their knowledge and always offer a helping hand when your code simply doesn’t work. Only a community so eager to share resources allows someone in Portugal, with no official training in data or computer science, to do that kind of work. Aware that there is still so much to learn, and that the projects I present below could still be improved in lot of ways, 2019 is the year that I’m submitting my entry without feeling that I could have done much more. Even knowing that awards are not what define us, I hope that you take into consideration my portfolio as proof of my effort to push forward, the desire to grow my skill set and use data to explore topics in new and engaging ways, without ever putting aside what true journalism should

Project link 1: Can I really afford to live in this place? Using multiple data sources – some of them publicly available, other scraped or even collected by me, I’ve built a personalized news story that allowed the user to input his name, how much he gets monthly and other information to find out if he can afford to live in one of seven Portuguese cities. The idea was not to produce a simple “fill in the gaps with data” report but an actual personalized story that ended up having multiple ramifications according to the data inputted. The story went totally viral, being the most read piece at Renascença’s website for some weeks. Project link 2: Trust me, but don’t read me. What political manifestos for the European elections say Using Natural Language Processing techniques, I analyzed the 93.216 words present in the 17 political manifestos that Portuguese parties published before the European election. Found out that while right-wing major parties used words associated with trust, left-wing parties used words more associated with anger. The project included a web-based tool that allowed the reader to explore those contrasts in the texts. Another interesting finding was that, on an election with very low turnout percentages, the political manifestos seemed to be written to not be read: almost all manifestos failed a readability test. Project link 3: 7 things we learned about freelance doctors in the Public Health Service By collecting and categorizing all the contracts made by public hospitals in Portugal, I was able to provide an insight on the doctor’s freelance market — a 104 million euros business that exists because of the lack of in-house doctors on the National Public Health Service. This investigation found an instance of an anesthetist who was working 100 hours weekly during one year, sleeping between surgeries and not resting enough. This sparked a debate about the quality of the Portuguese Public Health. This was also the first journalistic investigation in Portugal using data analysis with a 100% transparent methodology: besides writing an article explaining how the data was collected and analyzed, Renascença published the code and all the data in a reproducible and open-source regime. Project link 4: Who are the candidates to the national parliament? Using public data, interviews and some crowdsourcing directly from the political parties, we were able to gather a complete picture of the 4.603 candidates, thus enabling the electorate to get to know who they were voting for, using filters such as constituency, gender, work experience or if they have children. The tool also allowed readers to get to know details such as the University they attended or their social media profiles, among other particularities. Project link 5: Poll of the Polls Using Kalman’s filter algorithm, I was responsible for the first Poll of Polls published in Portugal. I used multiple sources to collect data from all major polls in the country. With this algorithm, Renascença, my newsroom, was able to keep away from statistically insignificant changes on polls, but also provide a glimpse of how public opinion changed across the last three years. Project link 6: Find the opened gas stations near you during the strike A strike from an almost unknown union created a sudden rush to the gas stations. That forced the government to create a national network of gas stations where people were sure they would be able to get some fuel. The problem? The government published that list on a PDF file. Scraping and geolocating those gas station, I’ve created news app with geolocation enabled that allowed readers to find out where they