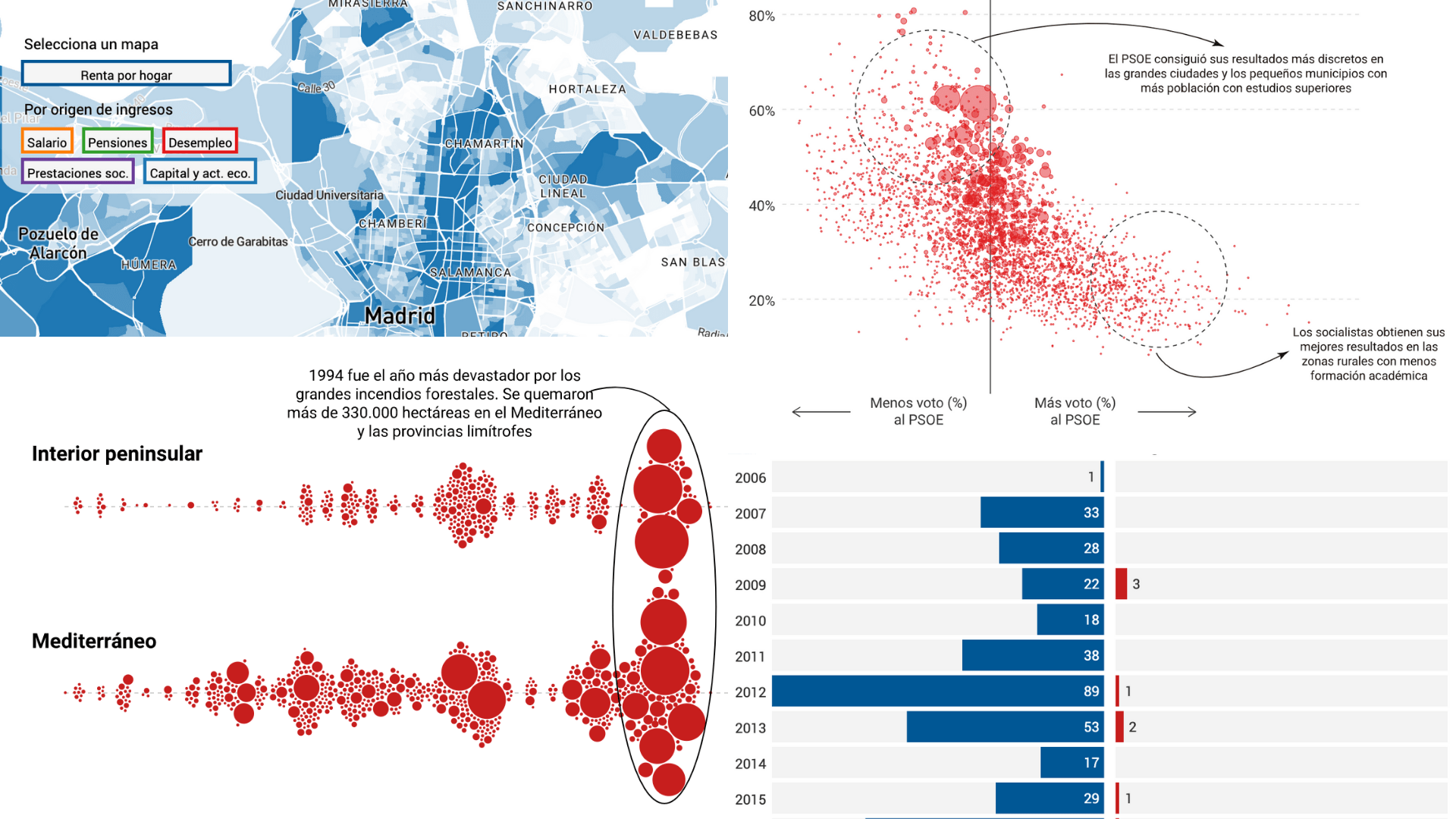 My name is Raúl Sánchez, I’m a data journalist and coordinator of the data unit of eldiario.es, a young digital media outlet in Spain that has been rewarded for its model of memberships. I’m specialized in covering stories about inequality, gender and corruption based on databases to tell news and explain phenomena.

Although I have a  Master in Investigative and Data Journalism, I have done data journalism since I was 20 years old, when I created the Map of Power in the Canary Islands, an interactive database that showed the links of political and economic elites in the Canary Islands (where I was born). Since that time, networks of power and inequality have become the topics I have researched the most.

Since 2015 I have been publishing on eldiario.es stories based on data analysis, always starting with a spreadsheet, an R script or hundreds of PDFs to organize. I have tried to use all the technologies at my disposal to improve my work processes but always adapting to what I need: some R script lines, a chart with Datawrapper, a map with Mapbox GL, an interactive D3, some calculations with Excel or an infographic with Illustrator.

I also was the coordinator of the La Tierra Esclava (Unslaved Land), a transnational journalistic project on the dark side of plantation crops in the world that was nominated for the European Press Prize, received an honorable mention from the Inter-American Press Society and was a finalist for the Awards Rele. I was also a member of the investigation of Los Papeles de la Castellana (Castellana Papers), where we reveal how large Spanish fortunes evaded taxes.

In recent years I have managed to integrate data journalism methodology and process in the different sections of the newspaper. Now data journalism is a transversal area in the newspaper work. I almost always work with official sources but sometimes I create my own databases scrapping from websites or creating them from PDF’s or paper documents. I usually include coding with R, D3 and other Javascript libraries in our contents to create more powerful content and deeper analysis.

2019 in Spain has been marked by political reality: we have experienced two general elections, one local, one regional and one European during the year. My work, which includes more than 100 publications throughout the year, has been marked by this electoral phase. The linked projects, however, do not speak only about  votes or political parties. They talk about inequality, environment, corruption, tax evasion or city growth.

These stories, which do not include many contents of the elections we publish during the year, have been among the most read of the year in eldiario.es and have occupied a space on the main cover of eldiario.es, with more than 8 million of monthly readers.