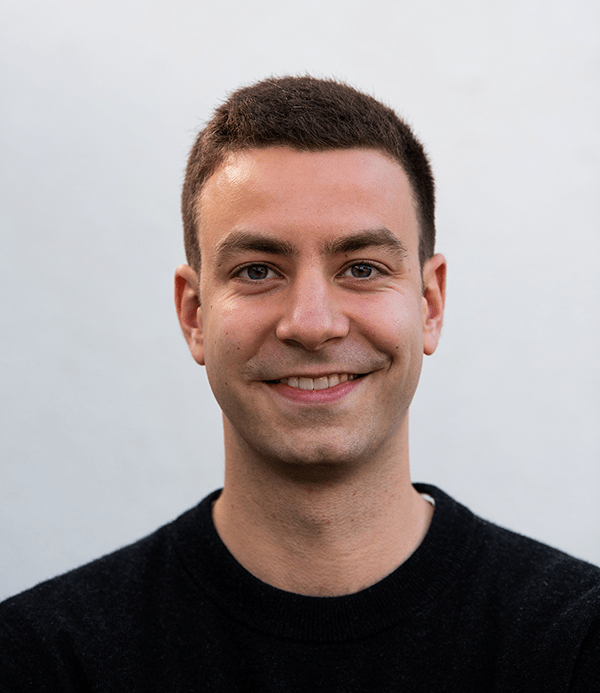 I’m a 26 year old journalist and developer from Austria, working on the Guardian’s interactive team.

I studied software engineering in Vienna and specialised in the field of information security before discovering a curiosity for finding stories in data.

It was in the wake of the Snowden revelations that I first realised how technology, journalism and civic society all influence and shape each other. Incidentally, these stories were published from the very same offices that I work in now.

While studying Computational Journalism in Cardiff, Wales, I was selected to join the Guardian as Google Newslab fellow in the summer of 2016. The months I spent in the newsroom proved highly tumultuous in terms of news cycles, with the UK voting to leave the European Union and Rio de Janeiro becoming the first South American city to host the Olympic Games.

Working with journalists, developers and designers, I discovered the power of visual storytelling to give added context to a data story and to cause a strong emotional response in readers. I also learned that with this power comes great responsibility, and that data-driven reporting can be just as biased or misleading as any other journalism if done the wrong way.

After finishing my degree I returned to the Guardian in 2017 as the youngest member of the Visuals team.

Data analysis and visualisation frequently feed into each other in my projects. Sometimes it is only through visualising a dataset that I discover an interesting avenue for further research; sometimes graphics help me to efficiently communicate my findings to readers.

Apart from producing innovative visualisations, my unique talent on the team is sourcing data sets from very unusual places and finding strong news lines in them.

For a project on the environmental impact of flying, I scraped emissions figures for 10,000 flight routes from an online calculator.

For an interactive about regional inequality in the UK, I rerouted my phone’s network requests through a computer to intercept and download price lists for 900 pubs belonging to a chain that offers ordering through a mobile app. From these I was able to construct the first county-level dataset of beer prices in the country.

And while being involved in all steps of a complex data story – from research and initial data analysis to writing and producing visuals – can be extremely taxing, I enjoy being able to create bespoke pieces of journalism that integrate data, text and interactive elements from the start.

For 2019, my main journalistic goal was to focus on the growing climate crisis and the emissions side of it specifically, which I feel lends itself to data-driven reporting and the use of interactive formats.

In May, I launched an interactive page live-tracking the use of coal for power generation in the UK. I produced and wrote the article in the space of three days, just before the power grid broke the record for going ‘coal-free,’ and set up the page to update itself every 15 minutes.

This loop has been running (almost) uninterrupted ever since and eight months later the page is still viewed more than 500 times a week. We are currently discussing how to resurface the interactive with new copy and added context.

In July, my interactive feature on the climate impact of flying highlighted, for the first time, that even a single flight can generate more carbon emissions per passenger than the average person in dozens of countries produces in an entire year.

The piece was viewed more than 350,000 times, and following suggestions from senior editors the interactive carbon calculator was re-published as a permanent standalone page in the Guardian’s travel section.

A news story based on a FOI request to the UK’s Department for Transport revealed that the 10% most frequent flyers in England take more than half of all international flights. The findings were immediately picked up by a number of environmental groups and cited in the Channel 4 leaders’ debate on climate change in the runup to the UK general election by Scotland’s First Minister Nicola Sturgeon.

Towards the end of the year, I wrote up and visualised the findings of an International Energy Agency report which found that growing demand for SUVs had a surprisingly large effect on global emissions increases.

Away from the climate beat, I also contributed to some of the Guardian’s most ambitious series on other social issues.

In April, I teamed up with data projects editor Caelainn Barr to analyse the gender pay gap figures submitted every year by British employers. I’ve had a leading role in covering these filings since they were first made mandatory in 2018.

Our teams joined forces to set up an automated system to track all submissions, which allowed us to point out numerous flaws in the practical implementation of the law, such as companies submitting figures months after the legal deadline, or entering mathematically impossible figures.

Finally, for a series highlighting the difference between life in London versus the rest of England, I built a comprehensive interactive that allowed readers to see how their local area scores on eight different metrics ranging from average earnings to the price of a pint of beer.

The interactive accumulated more than 300,000 page views – which is unusual for an England-only piece – and more importantly it scored a median attention time of 1m34s, far above the average for our interactives. All data analysis and development was undertaken by myself, with editing by visual projects editor Lydia Smears.