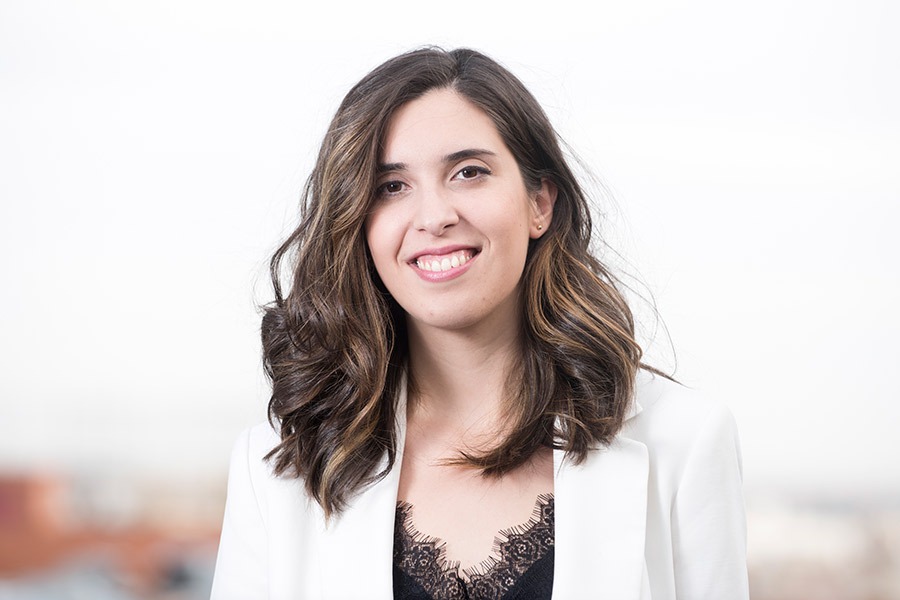 I became a data journalist mainly because I believe data provides journalism accuracy and a sort of scientific base I felt it was somehow missing. That is why I became a data journalist in the first place. How did it happen? I graduated with a degree in Journalism and Communication Sciences in 2015. After six months studying in Australia, I decided I wanted to develop my investigative skills by joining the master’s program in investigative reporting, data journalism and visualisation at Rey Juan Carlos University in Madrid. That is how I began my career as data and investigative journalist. As I wanted to learn from the best professionals in the field I joined Civio, a non-profit  data-driven journalism organization. With the support of my editor Eva Belmonte and my colleagues I co-authored my first investigation on the proliferation of the so-called ‘orphan drugs’ in Europe. Many other projects followed after that, on different topics such as the pharma industry. Related to this, I co-run an in-depth investigation on obscure sponsorships to schools and hospitals by pharmaceutical companies. In the meanwhile, I became very much interested in gender equality and did this piece on gender inequality in politics. This was when I realized it was necessary to look at data, not only with a fresh mindset, but also from a gender perspective.

In 2018 I co-published what I consider to be my  best articles. During this year I have mainly focused on a major investigation called Medicamentalia, on access to healthcare , which involved the whole team. Among other groundwork, we conducted transnational research on the use of birth control methods. The investigation made during this year that  I feel particularly proud of is the one about VAT on sanitary towels and tampons in the EU. With the collaboration of my editor-in-chief Eva Belmonte and the whole Civio team, we analyzed data from all EU countries on VAT rates finding that almost half of the 28 EU member states continue to apply the standard VAT rate to sanitary towels and tampons, in a bracket applied to items such as jewellery, wine, beer and cigarettes. This could seem a minor issue, but considering that over half of the EU population are women, who half of their lives pay for such products, makes you think of how forgotten women-issues and women themselves tend to be by policy-makers.

This same year, I began researching wildfires, in the framework of a larger series called Spain in Flames. I particularly focused on winter wildfires in the Spanish region Cantabria. By checking trends in wildfires it caught my attention the fact that wildfires in Cantabria tend to begin in winter, something anormal in Spain. By having a closer look into the data and after a field trip to the region I found out that those wildfires were intentional, to regenerate pasture, and in some cases went out of hands. No one before had looked at the real cause of those fires.

At the moment I am focusing more on environmental topics related to wildfires, combining it with topics related to gender issues and access to healthcare. I am continuously supporting the team in their investigations, learning about new fields like public procurement.

I would highlight from 2019 my investigation on hate crimes: ‘The untold hatred’, published in Spanish the 4th of July 2019. The investigation is, to be precise, about the lack of reliable statistics on hate crimes. Everything began when I started looking into the rising numbers of fake news related to migration and criminality rates. Migrants are usually victims of crimes, but tend to avoid reporting them to the police, I thought. And I wondered: what about hate crimes? Are there differences in EU countries? When I checked statistics in Spain, I felt they did not match the real world. Later, after consulting several experts I learnt that indeed, they did not adjust to reality. Statistics in other EU countries were not better. On the one hand, methodologies used are standardized, so results are not comparable.

This article was read 1,770 times and had 15K impressions on Twitter. A total of 70 people interacted with it. It reached 1,368 people and it prompted 41 reactions.

While doing this research it was particularly complicated to navigate the legal and jurisdiction differences between different regions in Spain. That was probably the hardest part.

The article was read a total of 3,163 times on our site and got 33K impressions and 260 interactions on Twitter. 15,415 people were reached on Facebook with this story and received 258 reactions, comments and shares.

In the area of transparency, I wrote the article ‘Orange, Telefonica and Vodafone, leaders in Data Privacy fines’. I obtained the information for this investigation after filing a FOIA request at the Spanish Data Protection Agency. Once we received the data, we found out that it was the main large telecommunication companies the ones that were not complying with the law. We created a visualization for the article where you clearly see that the three biggest companies are the ones infringing the law more often. Also banks and Facebook were punished for practices against the law. The main setback I would highlight is that I had no access to the final costs of the fines, after appeals.

This article was read 1, 875 times on our site, received 24K impressions and 500 interactions on Twitter and 49 reactions and comments.