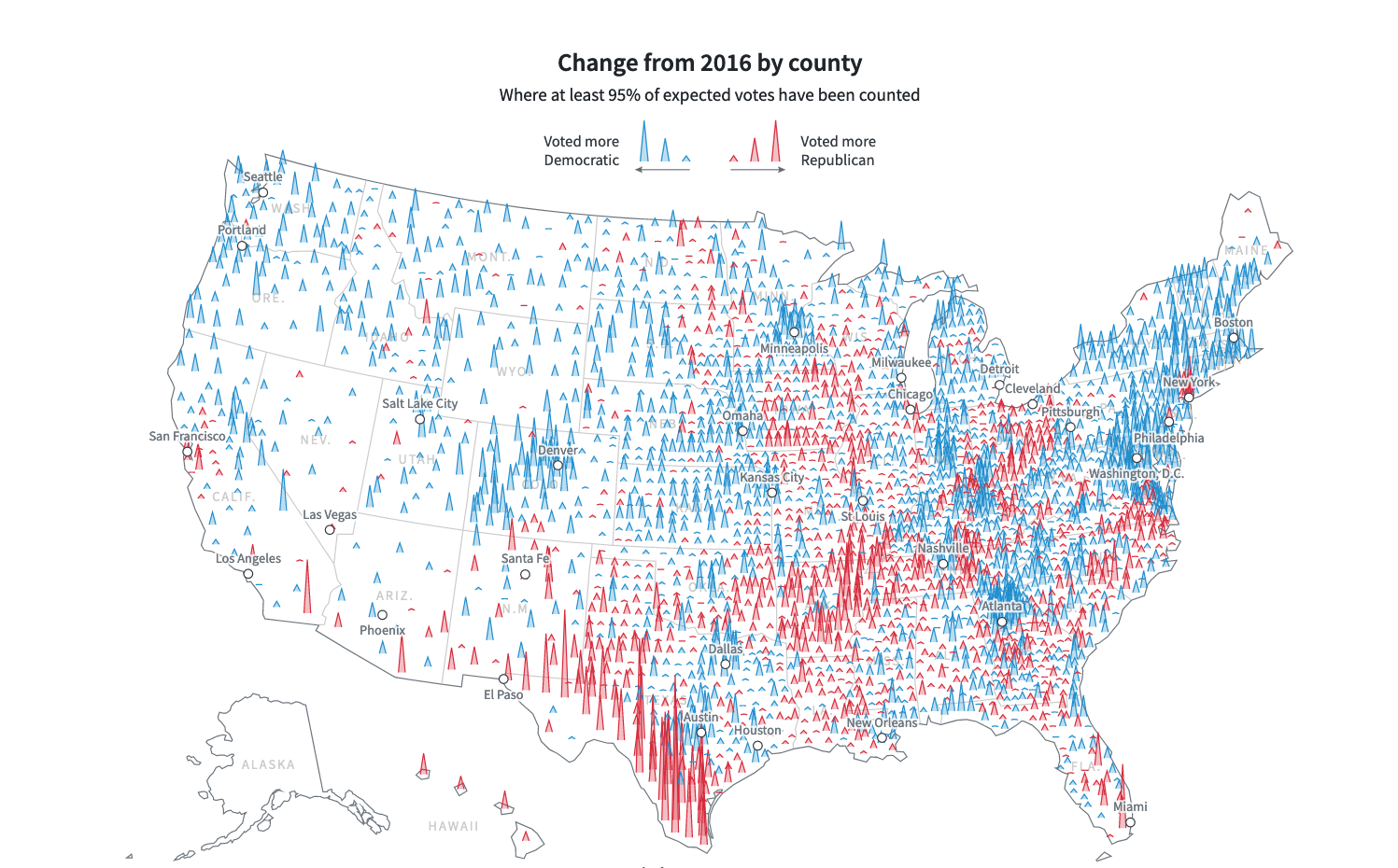 Democrat Joe Biden captured the U.S. presidency by expanding his party’s appeal among suburban voters, in middle- and upper-income communities and in places where a large share of people graduated from college. On the Republican side, Donald Trump made surprising gains among Latino populations in South Florida and in Texas along the border.

Reuters looked closely at these margins of victories across demographics, population densities, and historical outcomes to shed further light on the changing electoral landscape of the U.S.

This project was widely viewed on Reuters.com and shared across social media. A number of news organizations made similar “peak” maps to look at some aspects of voting in the wake of the election, but this page was unique in its comprehensive look across multiple vectors in an easily digested scrolling story.

This project benefited greatly from foresight of Jason Lange, who wrote a Python script to combine live county-level results with Census, Labor Dept. and other data sources for filtering. We would not have been able to turn around this sophisticated analysis without his planning and preparation.

The map was built with D3.js. The text was fed from Google Docs using the ArchieML markup language, which allowed us to quickly write and edit the piece.

The hardest part was building it while preparing for the election. The same team that built this page was also responsible for live election results and other stories that ran before and after the Nov. 3 election. We had the basic frame built the day after the election and were able to write our analysis based on incoming results up until Nov. 7 when the race was finally called.

When you do your job well, a complicated story can be easy to read. We tend to like charts with multiple layers of complexity, but it’s important to keep the reader in mind and break ideas down into digestible pieces, highlighting the aspects fo the data that speak to each idea as you flow through a story. All of the maps on this page are technically contained in the overview map, but by filtering and highlighting with text we can focus the reader on the bits of data that illuminate aspects of the story.