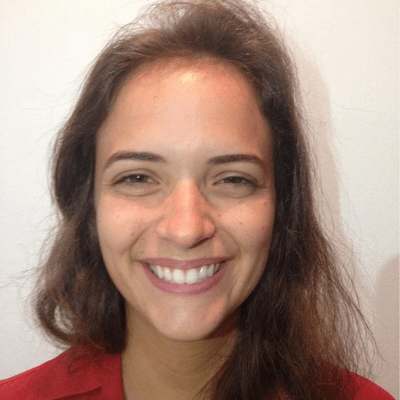 Gabriela Caesar, 27, is a data journalist at “G1”, graduated in Journalism in 2015. She has already worked for the largest newspapers in Brazil “O Estado de São Paulo” and “Folha de S.Paulo” and for the news website “Poder360”.

She codes with R programming to scrape, extract, clean, organize, analyze data and write journalists reports. Nowadays she is also the leader of the project “The votings of the Brazilian Congress” and a member of the fact-checking group “Fact or Fake”.

Gabriela Caesar has been coding with the programming language R for two years, while learning R on her own and on Datacamp as well, since her graduation is on Journalism at the Pontifical University in Rio de Janeiro (PUC-Rio), in 2015.

Her technological skills were important to help and simplify the daily work at the newsroom “G1”. She was the first person of data team to learn R programming language. In 2019 she was also the teacher of intern courses to spread this knowledge with programming language as well as Microsoft Excel. At that time, she created a website with all the content of the course, which is still available on the internet (in portuguese): https://www.curso-de-programacao-em-r-para-jornalistas.com/

In October 2019 she was a speaker at the Brazilian Conference on Data Journalism and Digital Methods (Coda-BR 2019), in São Paulo. There she had the grateful opportunity to teach R to more than 70 event attendees.

Her main articles are about politics, especially about Congress and party democracy. In addition, she also writes frequently about public transparency and publishes surveys based on the Access to Information Act.

Currently, Gabriela lives in São Paulo, but she has already lived in Brasília, when she covered the impeachment of former presidente Dilma Rousseff and the the revocation of the mandate of former President of the Chamber of Deputies Eduardo Cunha, both in 2016.

Gabriela was born in Rio de Janeiro, Brazil, in August 27th, 1992. Besides Brazil, she has also lived in Germany for an international semester as well as for a language course with a scholarship of the German government.

While she was still an intern, she has worked for the long form magazine “Piauí”, for the TV channel “Band”, for the “Rio de Janeiro Legislative Assembly” and for the news website “PUC-Rio Digital Portal”. Before she started the studies at the university, at age 16, she also had experiences at the magazine “Veja Rio” and at the newspapers “O Globo” and “Jornal do Brasil”.

The main subject reported by Gabriela Caesar is politics. She is very concerned with overseeing and showing the work by elected politicians. Are they really going to Congress? How often? Who else was absent? What were the punishments? Has there been a reduction in salary?

The report showed that 44% of the deputies spoke to at least 25% of the nominal votes in the first semester of 2019. And the absences of the deputies still resulted in the discount of 1.2 million BRL of the parliamentarians salary.

That’s why she made reports that use public data about the House of Representatives to analyze and publish surveys. In some cases, it was necessary to request the data by the Access to Information Act. Still on the House, she also showed to which parties belong the deputies who least follow the guidelines and vote differently from the party.

One of his reports published in 2019 also approached the growth of the Constitution. She interviewed political scientists, read books and articles, and showed how much the constitutional text has changed since 1988. The Social Security Reform, for example, was the 109th amendment to the Brazilian Constitution.

The party structure was also one of the highlights of Gabriela’s reports. She analyzed data from the Superior Electoral Court and showed that parties are mostly undemocratic in Brazil. The survey revealed that 26 of the 35 Brazilian parties have more than half of their structure provisionally – allowing power to be in the hands of few powerful people.

It is also routine to use the Access to Information Act to lobby for public transparency. And the classification of documents by the federal government also became a report. More than 70,000 documents were classified in just one year