Organisation: BuzzFeed News, the International Consortium of Investigative Journalists, and more than 100 media partners around the world 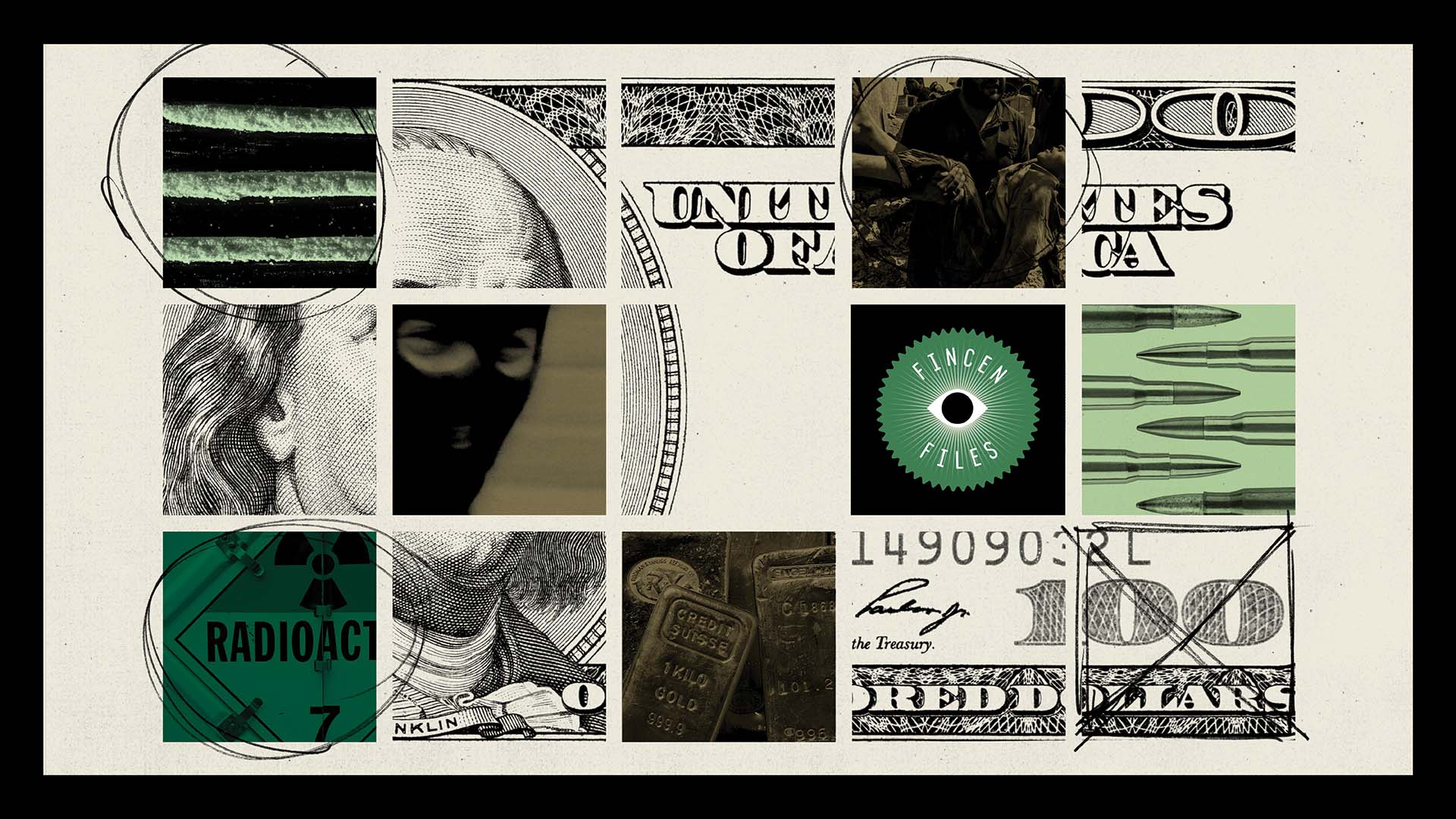 Credit: BuzzFeed News, the International Consortium of Investigative Journalists and more than 100 media partners around the world

The FinCEN Files began with a trove of secret government documents and grew into a partnership of more than 400 journalists in 88 countries — the largest reporting project in history.

Our 16-month investigation proved that five global banks continued to profit from suspect transactions even after they paid hefty fines and promised to clean up their acts.

It revealed how laws meant to stop financial crime have instead allowed it to proliferate.

And it showed, transaction by transaction, how some of the world’s most notorious criminals used the international banking system to legitimize the profits from their deadly dealings.

Even amid a global pandemic, the FinCEN Files registered significant impact.

The reckoning began even before we published. After we approached the Treasury Department with our findings, it announced a sweeping plan to “address the evolving threats of illicit finance.”

Upon publication, the financial sector shuddered as investors drove down the share price of major banks cited in the series. Lawmakers in the U.S. and Europe demanded a response from financial institutions and regulators, and Thailand launched an inquiry into banks cited in our reporting.

Then, in December, the U.S. Congress passed the Corporate Transparency Act, the most consequential revision of U.S. anti-money laundering laws since 9/11. Key lawmakers credited the FinCEN Files with getting it over the line. Sen. Sherrod Brown, a co-sponsor, said the series “underscored that we need to strengthen, reform, and update our nation’s anti-money laundering laws.”

The legislation directly addressed our key findings. It forces owners of shell companies to identify themselves, shining a light on the shadowy entities powering the dark economy. It requires the Justice Department to file reports justifying its use of deferred prosecution agreements — sweetheart deals that let banks off easy. And the law adds protections and incentives for whistleblowers.

In Europe, the impact included demands in the European Parliament for an overhaul of banking oversight; an examination by U.K. lawmakers into the effectiveness of anti-money laundering systems there; and a proposal from Belgian banks for a system to share information about suspicious transactions.

This story summarized much of the impact across the globe.

The FinCEN Files include more than 2,100 suspicious activity reports, which banks must file with the U.S. government to flag transactions that appear to be linked to illicit activity. Making sense of these reports, which covered tens of thousands of pages, required innovation and exhaustive effort.

Every SAR contains two parts: a set of data tables and a narrative. The tables were unconventionally formatted and could span dozens of pages each, so we wrote Python scripts to extract the information and put it into a single database enumerating thousands of SAR subjects, key dates, suspicious transaction totals, and other crucial details.

The narrative sections contained key information about money flows and relationships between banks. At first, ICIJ partner SVT used machine learning to screen the records and obtained a first set of transactional data that could be used for research.

As variations in language and the complexity of the reports prevented the capture of some essential details, we launched a large-scale data-extraction effort. For more than a year, 85 journalists in 30 countries extracted transaction information in the narratives by hand, sharing them securely with partners on ICIJ’s Global iHub platform.

ICIJ then reviewed each extraction three times, a process that took seven months. To facilitate this effort, ICIJ used the Django web framework to build a fact-checking tool that allowed colleagues to flag errors and track edits throughout the process.

Reporters also built and analyzed databases of public information (such as corporate records) and cross-referenced them with SAR data.

Together, this information offered an unprecedented map of torrents of money circling the globe and funding mayhem — all within view of banks and regulators.

The FinCEN Files investigation involved data on more than $2 trillion in transactions dated from 1999-2017 that had been flagged in the suspicious activity reports by nearly 90 financial institutions.

It was spread across tens of thousands of pages, most of it unstructured. Even just organizing it all, let alone reporting on it, required innovation and exhaustive labor to unpack. This led to a large-scale data-extraction effort and an exhaustive fact-checking effort.

The government forms are poorly designed; bank compliance staffers often fill out SARs with incomplete, confusing, or inaccurate information; and U.S. authorities haven’t done much to police the quality of the information that banks submit.

For example: More than a fifth of the SARs in the FinCEN Files list no street number, city, or even country for one or more of the flagged subjects. In some cases, the bank that submitted the SAR failed to include addresses for customers in its own corporate network. And when an address was included, more than half of the FinCEN Files SARs listed the wrong country, as designated by a two-character code, ICIJ found.

BuzzFeed News and ICIJ went through multiple rounds of validation to confirm the countries and territories used for the analysis.

The records also included hundreds of spreadsheets with data on more than 100,000 transactions filled with party names, bank names, figures, and dates — using a variety of different formats and field names — but were unattached to the narrative that would have explained their inclusion.

ICIJ undertook an effort to standardize the field names and address formats to make them more useful to our partners. We also used shoe-leather reporting with sources and external documents to help make sense of this information.

We believe this project demonstrates the value of large-scale, cross-border collaboration. The document and data in the FinCEN Files touch nearly every corner of the planet. Our partnership with more than 100 other newsrooms allowed us to produce major stories in dozens of countries, and break news in dozens more.

Getting to that point, however, required a strong shared foundation of trust, training, and collaboration. During the project’s first phase, BuzzFeed News and ICIJ convened a confidential meeting with more than 100 partners in Hamburg, Germany, for two days of meetings to brainstorm, teach, and develop reporting plans. Building off the success of those meetings, reporters continued to collaborate via ICIJ’s secure Global iHub platform, where they could discuss new leads, share insights, and ask questions.

In some ways, this massively collaborative approach added complexity to an already-complex project. Given the sensitivity and complexity of the material, for instance, all partners went through trainings on security and the use of ICIJ’s technologies for research tailored to the project. Partners spent non-trivial amounts of time reading each other’s messages, catching up on the latest findings. And coordinating the final publication schedule was an exercise in diplomacy and intricate logistics.

But the benefits greatly outweighed those costs. As reporters scoured the FinCEN Files, they found evidence that assisted colleagues halfway around the world. Together, they pieced together a clearer picture than ever of dirty money flowing through the mainstream financial system. Independently, too, they dove deep into their countries and topics of expertise — now placed in the context of a globe-spanning investigation. The sheer size of the collaboration also unlocked possibilities that would have otherwise been unthinkably onerous, such as the grueling-yet-essential project to manually collect all transaction information described in the SAR narratives, as discussed above.