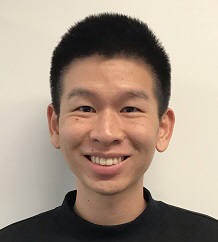 Elbert Wang is in his first year with the award-winning Wall Street Journal graphics team. In that time, Elbert has distinguished himself as a passionate visual reporter who engages audiences on a variety of socially important issues.

Mr. Wang came to the Journal from the Texas Tribune, where he was a fellow on the data-visuals team. Before that, he was an intern on the interactives team at the San Francisco Chronicle. He is a graduate of Brown University, where he studied Computer Science and Classics.

Mr. Wang is interested in distilling data into graphics and visualizations and in digging into the numbers to understand the people behind them. These three projects are examples of the breadth of Elbert’s talents:

Increasingly, readers crave stories that are smart, visual, and interactive. Stories that allow them to see the entire story in a chart, play with the data themselves, ans immerse themselves in a story rather than just read it. Mr. Wang’s work pushes these boundaries of how we tell stories on the web, in different mediums, and on different devices, helping place readers in his stories and engaging them on important topics that affect their lives.

For “What Happens if SAT Scores Consider Adversity,” Mr. Wang produced a data-visualization project that shows how students’ socioeconomic status affects SAT scores. The project also includes a lookup tool that allows readers to see how their own high school performed and its corresponding adversity score, shedding light on how College Board measures and compares high schools’ performance and adversity.

“The Nest Egg Game” allows readers to map their personal financial journey through ten milestones. Mr. Wang’s project allows readers to simulate how their financial decisions affect their long-term savings and retirement. A fictional “egg” persona makes a serious topic less intimidating and more whimsical. Ultimately, the project aims to give readers a better sense of how they compare with average Americans and thus to better prepare for retirement. The Nest Egg Game project is part of the Journal’s “The New Rules of Money”  package about the financial challenges facing young adults.