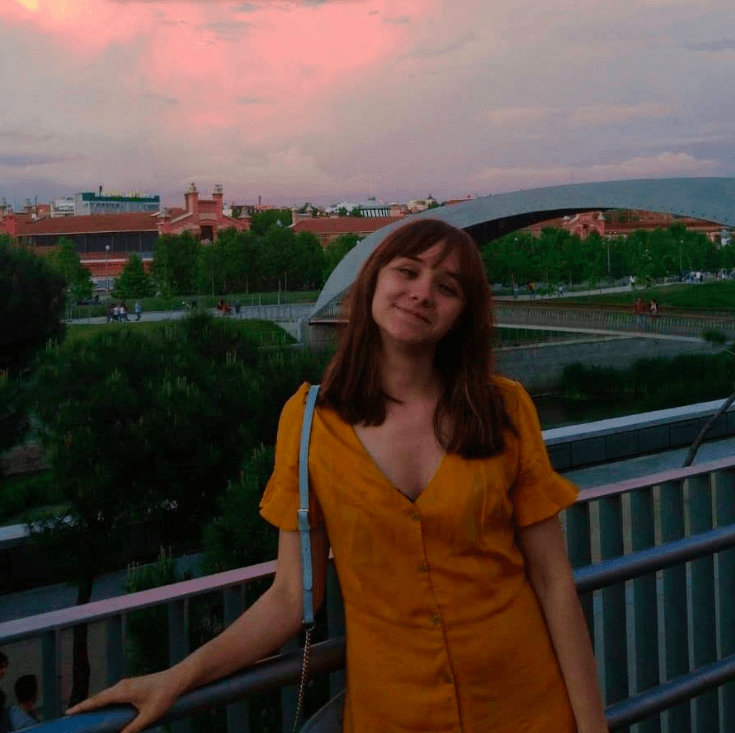 Dear members of the jury, As a young, motivated data journalist I am extremely interested in submitting this application for the ‘Young Journalist’ category of the 2020 Sigma Awards. I believe my chosen path in this type of journalism has enabled me to shed light on stories that would have otherwise gone unnoticed to by the public eye. Being that so, it would be extremely rewarding to receive such a prestigious award in acknowledgement of my work. For the last two years I have been the youngest member of the Data Team in El Confidencial, a digital Spanish newspaper that reaches more than 3 million daily readers. During this period of time I have had the opportunity to develop my professional skills in data and investigative journalism by working with statistics tools, public databases, FOIA requests, data scrapping, mapping and visualization to cover more than 30 data-related issues focused on public interest. Some of the examples are the projects on the continuous failure of escalators and elevators in Madrid, the shocking figures of accidents at work suffered by truck drivers, the most typical causes of death in each province or how owning a car marks the difference between high and low classes inside the metropolitan area of Madrid. These and four more projects have been attached to this application. My professional career is short but I have been interested in data journalism since the very beginning, even when it was not fully established in Spain yet. It was during my first internship in the local newspaper of my hometown where I began to dive into hand-written databases and documents to publish simple but engaging stories, such as There are less weddings in Zamora, but marriages last longer or Who are you? This is how names have evolved in Zamora. Maths and statistics had never been my strength but they somehow made sense to me when they were observed through the social lenses of journalism. That was the main reason why I decided to specialize in them by taking a Masters Degree in Data Journalism, Investigation and Visualization imparted by journalists, programmers and other professionals with high-level experience in this field. Two of them were Daniele Grasso and Jesús Escudero, my mentors at El Confidencial. By the end of the semester, I was asked to g Before joining the masters, my skills in tools such as Excel or SQL as well as Photoshop, Illustrator, Datawrapper or Qgis were almost inexistent. Nevertheless, by the end of the term, I managed to carry out a full investigation on the business of operating shelters for children under local authority care as my final dissertation. The results provided an insight on the few enterprises that were owning the majority of the shelters and how they benefited from them, even when their methods were questionable. But that was only the beginning. My professional growth has reached unexpected levels at El Confidencial. The Data Team is composed by only three people, so I have had to find my way through working with databases and finding stories every week while providing the rest of my colleagues with graphics and data analysis. I am confident that my resilient personality and my will to keep on growing as a professional have helped me to come up with the projects I am showing the jury today, which I am particularly proud of. Behind these achievements there is still a strong desire to learn. I am convinced this award will serve as an enormous incentive to keep on expanding my horizons. I would like to thank you in advance for considering my

As much as us data journalists love numbers, readers can get easily tired of them. Our charts have shown that readers love a data story when there is a face representing the numbers.

I believe that’s what makes my projects different from the rest: it is data journalism but in the form of explanatory reporting. They include the numbers but also the testimonies, interviews and pictures. In order for the jury to consider my application, I have divided my projects in three categories based on different visual results.

Interactive projects:  How old is your home? The map that shows how Spain has been built  (1) and Spain’s orbituary: this is how we die now and how we did 40 years ago (2)

The more interactive the projects are, the better. Readers like to explore through graphics to find their story.

P.1 is a coloured map showing the date of construction of every building in Spain’s 52 main cities. It also includes an address searcher. It was our first time using Mapbox and the data was extracted from the Spanish Land Registry through Qgis app and transformed into .gml databases.

P.2 is an interactive table that shows the most typical causes of death per 100.000 inhabitants now and 40 years ago per province. The extracting process was easier than P.1 but had the same problem: the numbers were divided into 52 databases we had to clean and join.

Reporting on social issues: Heart attacks, threats and mugging: truck drivers, the ‘riders’ nobody is talking about (3); Gender violence as a senior: “I had to take care of my aggresor until he died” (4); The social gap of not owning  a car in the city (5)

These two are based on public information and talk about a specific social group undertaking a situation of inequality. P.3 shows that, according to work accidents data, truck drivers are the most affected due to job insecurity and bad conditions.

P.4, however, covers gender violence on older women, a poorly studied topic: since 2010, one out of ten murdered women were older than 60. For this story, we used our own database were we register every murder on the grounds of gender by age and other factors.

Finally, traffic information in Madrid helped me realize that having a car widens the gap between social classes. I cross-matched the cars per 1.000 citizens with social rates such as medium wage, unemployment and vulnerability per neighborhood.

Special formats: Inaccessible underground (6) and 25 years of Friends in 25 data (7)

Aesthetics are an essential part of data journalism. Some topics can only be covered if there is a design work behind. I have teamed with the Format Team in some of my projects to make them a good bait.

For example, P.7 identifies the inaccessible stations in Metro de Madrid and whether they are close to hospitals and neighborhoods with children under 5 that use baby buggies. Metro gets hundreds of daily complaints about failures in elevators and escalators, so we also scrapped the notifications from Metro’s official website to find out how long they were out of period.

Also, when Friends turned 25 years old, I had the opportunity of leading P.8: we watched the 236 episodes to underline 25 curiosities such as the number of laugh tracks per episode, the scenes in each flat per season or how many extras were hired.

The audience results for these projects were more than satisfying. In here you can find the exact numbers for each story.