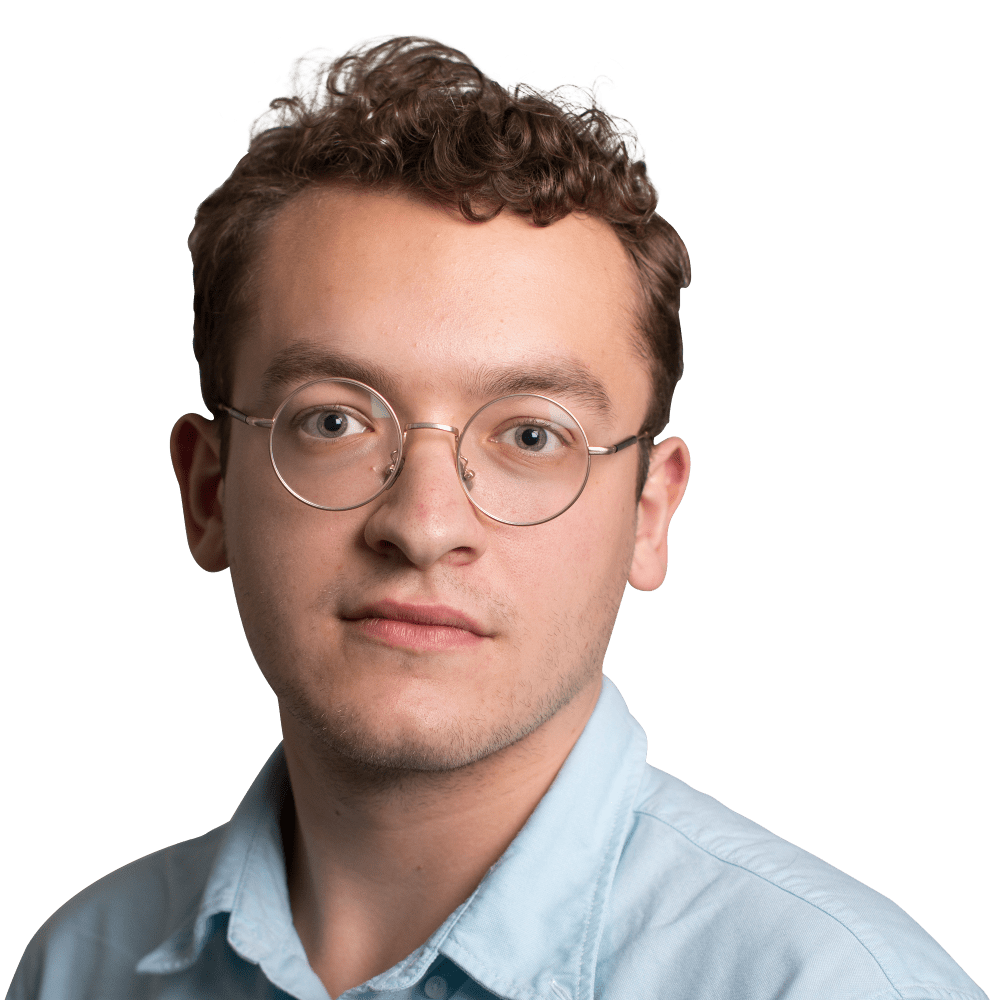 I am a 24 year old newsroom developer and data journalist working in the Visual and Data Journalism team at the Financial Times. Collaborating with other data journalists, designers and reporters, my work stretches from data analysis to the design and development of interactive data visualisations, static graphics, and games.

Between April and May, I led the FT’s efforts projecting the result of the European Parliament elections, a first for our team. Combining polls from across the European Union’s 28 member states, I built a tool to project how many seats each European grouping would win in the May election. This was a huge task that involved creating profiles for all major political parties in the EU. To calculate our projection, I had to first analyse and clean hundreds of polls, research the way each country apportioned its seats, and then implement the best method to estimate the output of their allocation system from imperfect data.

I started practising data journalism as a computer science student in 2017, with my masters project exploring the visual perception of cartograms and choropleths. I brought my interest in visual perception with me to the FT and this year was able to produce an interactive story that also acted as a visual perception experiment. This was one of the two games which I led development on last year.

The FT has explored the use of games as a way to tell stories and explain concepts in a different way. What excited me most about the games that I worked on was how they visualised and contextualised reader responses to situations or tasks. A game about running companies more ethically showed that most readers’ main concern was the future success of their company. Our Chart Doctor game showed that readers responded in the way research expected them to, performing worse on tasks that involved chart types our team try to avoid.

In our work on Brexit, I’ve been a proponent of iterative development and design on our team, showing how it can be used to produce data visualisations and interactives that evolve as the story and our ideas change. An interactive I built visualising parliamentary votes on Brexit in the UK parliament turned into a recurring story we regularly published. With each vote we were able to iterate on the previous design with the end result offering readers a more complex visualisation of the breakdown of each vote and a more exploratory tool for those who wanted to dive deeper.

After reflecting on my experiences working on a wide range of stories over the last year, I’ve started to make an effort to improve the delivery and design process of projects I’m involved in. The internal tools and templates I’ve helped develop have made it easier for us to produce good journalism quickly and effectively. With the wider use of these, the need for training across our team has increased. I’ve taken an active role in training others on our team to use these tools, making it easier for them to produce the great visual and data journalism our team is capable of.

The FT was the only major UK publication to calculate a projection for the European parliament. We combined this with reporting from over a dozen FT correspondents to give readers context to the situation in each country. Updating daily, unlike the monthly official European parliament projection, we visualised our projection in an easy to understand and interactive form. Readers could further explore our projection at a country level and see how the makeup of the European parliament would be affected after Brexit. To predict the seats in each country, I modelled their electoral systems to reflect how they apportion seats to parties. Our polling average was fed into our model which ran three times a day, updating our prediction for nearly 300 parties as new polls became available. Our final projection predicted the nearly exact distribution of seats in most countries and the exact distribution in three. Leading up to the election, the story became one of the most read on FT.com, performing 17 times better than the average world desk story. I also led development on the live results page published on the night of the election.

I turned a spreadsheet based game about environmental, social and corporate governance into an interactive playable in the browser. Based on real-life scenarios, the reader assumes the role of CEO of a fictional company over four years. Each year the player has to make decisions about where to spend their company’s resources. Readers could see how many players made the same decision and were able to compare their final resource distribution to others. Despite the game’s focus on environmental and social issues, the data we collected showed that players were more likely to prioritise meeting growth targets and the long-term development of the company.

MPs voted on a number of important Brexit issues in early 2019. One of the many on-the-night visualisations of these votes, this iteration of our parliamentary vote story combined an interactive visualisation of how each MP voted and a searchable database of dynamically generated MP profiles, describing how each had voted in previous Brexit votes. To better link the text and visuals, we added inline buttons to directly link readers between the story and preset searches in the database. For example, readers could click a button which showed all MPs who had switched their vote since the last meaningful vote.

Repo: How the financial markets’ plumbing got blocked

I worked with the Markets desk to produce this scrollytelling charticle explaining the events that led up to the September 2019 repo rate spike. As the reader progresses through the story, a fixed chart shows how each decision or event increased pressure on the overnight repo rate market. A challenging topic to understand, the story was overwhelmingly praised by our readers. One reader wrote: “Fantastic and informative journalism-well done! You made an important but arcane subject very penetrable.” The story performed well for the markets section with more than four times the average number of page views.

The science behind good charts

An interactive experiment and game that tried to demonstrate basic visual perception concepts to our readers as part of the FT’s Chart Doctor series. Our biggest challenge was choosing tasks that would show significantly different results but were also easy enough that readers would enjoy the game. After readers completed each task, we visualised their results so they could compare themselves to others. Thousands took part in the experiment and their results validated the theories we were explaining.