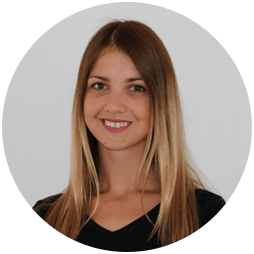 My name is Ana Curic and I am a young journalist based in Belgrade, Serbia. I entered the world of investigative journalism as soon as I graduated from the Faculty of Political Science at University in Belgrade. In 2017 I joined BIRN Serbia, which is part of Balkan Investigative Reporting Network, where I mostly cover misuse of public funds, justice and financial crime. Besides investigations, I also monitor organized crime trials.

After last year, my career is richer for one nomination for the prize, one cross-border investigation, few data-driven stories, development of digital tool together with human story, collaboration with ICIJ and fellowship of GIJN.

I was nominated for the Annual Prize for Investigative Journalism in Serbia for the series of articles about illegal engagement of high officials from the ruling party at Medical College in central Serbia, as revealing the fifth salary of the MP and visiting his classes grabbed enormous attention and reactions from citizens, media and authorities.

My favorite investigation published in 2019 was “Illumination of Serbia, Hungarian Style”, a cross-border investigation about network of companies connected both to Hungarian and Serbian authorities which are getting all the jobs for implementation of LED lights in Serbia, financed by public funds, in the same way they did it in Hungary.

In November 2019 my name was added to contributors of the ICIJ’s International Medical Devices Database, which is part of big investigation called Implant Files done by International Consortium of Investigative Journalists, for adding 137 medical records from Serbia. During months, I was working on collecting documents about implants in Serbia and making a database from it in a way that it could be implemented in one of the biggest medical databases ever made.

My mission is supported with high motivation based on belief that I am doing one of the most important things – giving people the truth every day by revealing the things which were supposed to kept secret and reporting on it while trying to make this world a better place.

“Illumination of Serbia, Hungarian style” is a cross-border investigation which revealed that the “scheme” for public lighting tenders in Hungary, where companies connected to government won the most of the tenders, has been exposed to neighboring country – Serbia. A network of companies connected to Hungarian Prime Minister Viktor Orban, Serbian Prime Minister Ana Brnabic and Serbian ruling party secured at least 50 million euros from public funds at very suspicious tenders. The story is based on documents from public procurements, contracts between these companies and municipalities, dozens of interviews with businessmen, politicians, experts, mayors of municipalities and team members who participated in the process. This investigation is important because it revealed the corruption in one whole area and because it is ongoing story so we publish follow ups.

“Serbia weak on Penalizing Money Launderers” (“Pranje novca u Srbiji – bez velikih slucajeva i rezultata”) is a big analysis about money laundering in Serbia which for the first time showed the scope of money laundering in this country and punishment policy for this criminal act over the last decade. While Serbia was recognized as a country with high-risk of money laundering by FATF – The Financial Action Task Force, the international body for monitoring money laundering and terrorist financing activities, the fact how we came to that point was important but completely unknown. That is how it started – obtaining and analyzing data from more than hundred verdicts and information from courts and prosecution which led to this data-driven story. It was the first opportunity both for citizens and authorities to see the exact true results based on data, instead of results proclaimed by high officials on the television.

“Mothers in Serbia feel the brunt of new law” is a human story about all the challenges that mothers in Serbia have faced after the new Law on financial support for families with children was adopted. New formula for calculating their compensation while on maternity leave left a lot of women with miserable amounts of money. In depth interviews are the bloodstream of this investigation, which besides revealing all the troubles for new mothers also helped in detecting their needs and developing an online tool which will help them while trying to secure their rights. The tool, which is mix of calculator and kind of manual, developed to navigate you through the process and calculate if your allowance is higher or lower with the new law, was also a response to authorities who denied providing us any data. Besides for new mothers, the project was significant for decision-makers as well since they organized a working meeting with the civil society representatives a week after the article was published. Prime minister Ana Brnabic, Ministry of Labor, Employment, Veteran and Social Policy Zoran Djordjevic and Minister without portfolio responsible for demography and population policy Slavica Djukic-Dejanovic set together with more than 10 NGO’s and showed interest in fixing problematic law.