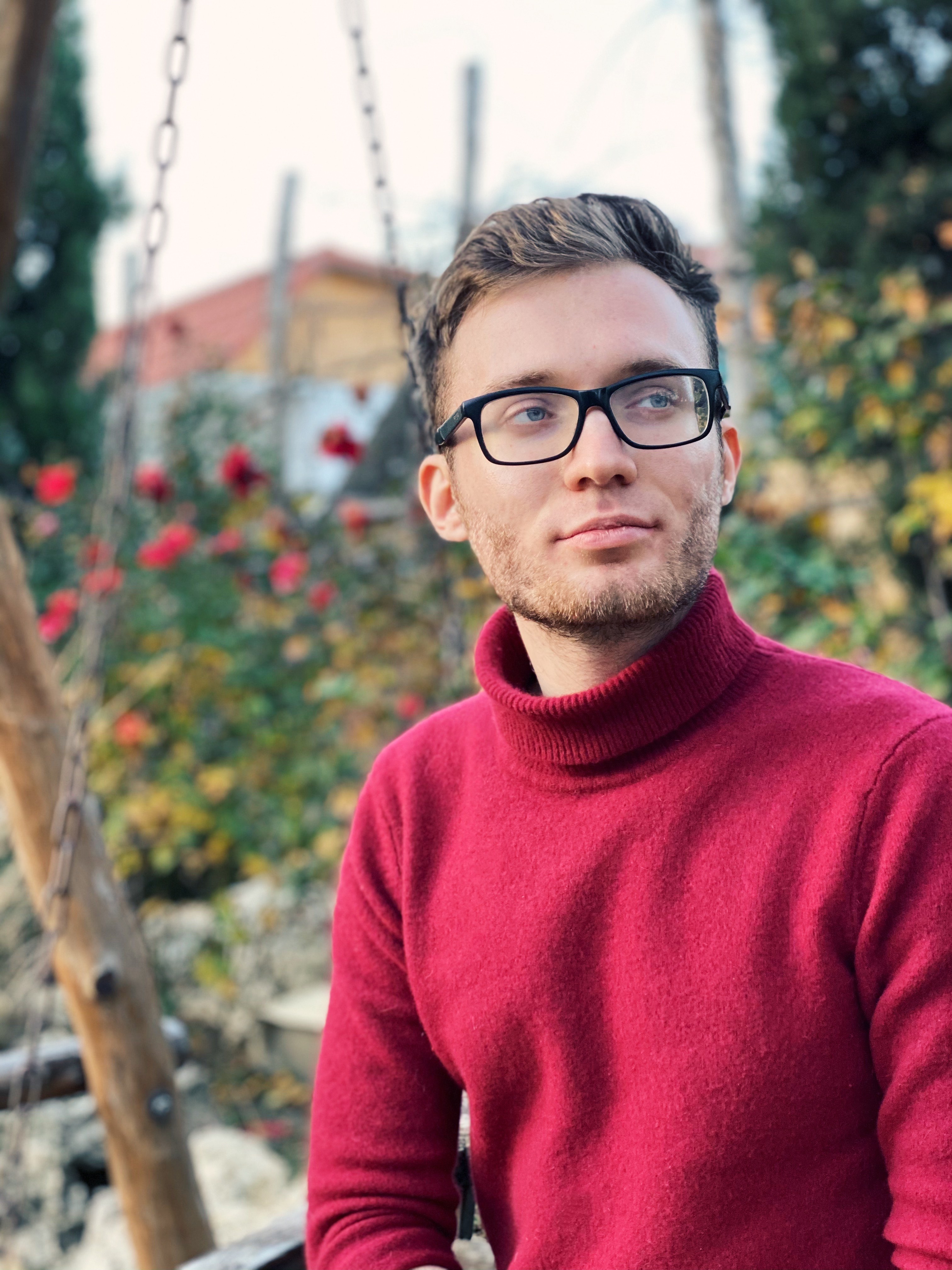 Alexey is an example of young, self made and passionate data journalist. He uses data for investigative reporting or to produce original pieces like the “Oscar Bait” or others such as highlighting where the heating problems are in Russia. In his projects he shows there are no barriers to creativity when there is enough motivation and collaboration. How he learned to code and his effort to share this, help others and teach data journalism, deserves to be recognized as an inspiration to others, no matter how friendly or hostile your environment you are in.

When I was a kid I was a big fan of mobile games. I dreamed to become a programmer and make the best game humanity ever played.

When I was 14 I became the chief editor of the online magazine about mobile games. It called MobiTree and you can read it here: https://issuu.com/mobitree/docs/issue_7.

Since that journalism was everywhere in my life. I was studying Computer Science in university but also was a reporter and then chief editor of the university’s newspaper.

When the time came to choose my profession I have known about Data Journalism — the field where I can use both my reporting and programming skills. I made my first data-story when I was as student — in December, 2017. I changed 4 big newsrooms (former RBC, Novaya Gazeta, RIA Novosti Infographics Team and now Tinkoff Journal) and worked as freelancer with The Bell, The Village, IStories and more.

Data jounalism in Russia is on the beginning of it’s way. Most of reporters can’t even sort data in Excel and media editors doesn’t understant why they need a data jountalist in their newsroom. I graduated in 2019 and I’am 24 years old now, but I’m a guest lecturer in Higher School of Economics and help young journalists to make their way in Data journalism and Data visualisation.
It’s hard to do Data Journalism in Russia because there is no experienced colleagues and nobody can help you to do your first steps. And there is often no team to grow you with: now I am the only Data journalist in Tinkoff Journal.

But I love this way. I think Data jounalism is cool because it can help you to investigate the things other journalists can’t do. I also the big fan of Data visualistion — it can be beautiful and it can evoke many emotions in readers. There is many creation in my work and I can spend hours to invent different forms to present the data.

At the beginning of 2020 I was a Data Analyst in Ria Novosti Infographics Team. We made a beautiful visual explainer to ‘Oscar Bait’ phenomenom. We discovered that most of Oscar ‘Best Picture’ winners since 1990 have the greatest Oscar Bait score. It probably means that Oscar-wiining films doesn’t have to be really great. It’s simply enough that they satisfy jury tastes.
My part of work: Idea, Text, Data Analysis, Inforgraphic Prototypes
https://ria.ru/20200207/1564342281.html?language=en

I also did some work as freelanser that i love. With IStories data editor Alesya Marohovskaya we did a scrollytilling explainer about falsifications on russian elections. It helped our readers to understand complicated statistics.
https://static.istories.media/iframes/f8f44a6c61c24fddb39cd35aa914e9d4/landing/
That was the first time Flourish used with the scrollytelling in Russia so I did a lesson how to do the same:
https://istories.media/workshops/2020/08/14/skrollitelling-vo-flourish/

The second work I did as freelanser was the collaboration with The Village. I searched the prices of medical masks that profiteers have published in Telegram chats (thousands of messages) and made the visualisation. My little data investigation became a part of the story:
https://www.the-village.ru/city/ustory/379695-spekulanty-1-maski

And the teaching was the big part of my work in 2020. I had two courses in Higher School of Economisc: Data Jounalism and Data Visualisation. I have all the materials — presentations, data and tasks stored at GitHub. Courses’ programs and tasks was developed by my own.