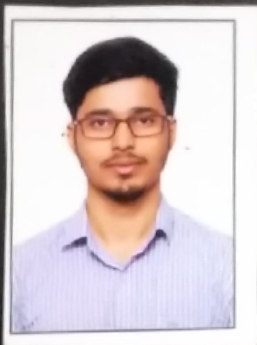 I see myself as a multilingual, technically sound journalist with an experience of a local as well as national newsroom in a diverse country like India. Along with reporting, I am well-equipped with Data Journalism skills which gives a unique identity as a journalist.

I began my career as a journalist back in college days. I started reporting for a local newspaper which retained me as a full-time journalist as soon as I completed an undergraduate degree. Later, I developed a keen interest in journalism and enrolled for the Master’s degree. That’s when I actually embarked on my full-time career as a journalist. However, I was still in search of something new until I ended up on one of the data journalism portals. That is when I decided to pursue this novel field of journalism.

I was working with daily Pune Mirror back in 2018 when data ticked my mind. The great Indian elections were ahead when I found an opportunity to work around data. I started working as a Data Journalist with CNN News18 in Delhi. As a prerequisite, I had done a little bit of research and rehearsed my MS Office skills. I was prepared, whatever may come. That’s how I began my journey on a data-trail.

I was constantly following the work of Paul Bradshaw who teaches data journalism. Also, platforms like IndiaSpend inspired me. While reading stories of different publications, I realised the huge power data wields within. Then I came across some of the reporting based stories. Bud, the addition of data gave them an unmatched assertiveness. Also, I came across some stories which wouldn’t have been possible without data.

In times like these, where everything is getting digitised and we ourselves are creating gigabytes of data per day it becomes important to render data-driven journalism. And I personally decided to take the onus.

I was mentored by many people throughout this journey. One of the important persons who gave me this opportunity, Saaliq Sheikh (currently with AP, India) taught me a lot of things. He opened up the avenue of data journalism for me. He not only made me familiar with this field but also was open for newer ideas. Alongside his guidance, I myself followed many blogs including Niemen Lab which gave me a thorough picture of the current scenario.

My previous journalism stint gave me a chance to take a closer look at the situation in the country and understand the problems of people while I worked on the ground. Now, data is empowering me with more strength to put across these problems in a scientific way. I can efficiently produce data-driven stories along with ground reporting inputs all by myself.

I am currently working with The Federal (www.thefederal.com) as a full-time Data Journalist and continue to be the flag bearer of the same.

The project began as the Election Data Lab where General elections of India were to be covered from the data perspective. Meanwhile, we extended it to some other areas like the environment as well as education as we moved with time.

In the first phase, I tried to cover various aspects of Indian elections and the campaign chronicles. One of the interesting stories was about the utility of crowd-funding platforms. I found out that the popularity of the candidate in the digital universe mattered a lot. One would be able to collect an optimum amount of funds only if they had a good following on social media platforms. Thus, funding of the candidate was directly proportional to the popularity. This became a story.

There was abundance of cine stars in the candidature lists. That is when the idea clicked! The question was, though stars attract crowd, will they be able to convert it into votes? Then came the answer which was another story in the project. I did two different stories on this topic with different perspectives.

Bogus voting in India is a very well-known phenomenon. The election commission thus uses indelible ink as a mark of a vote. However, social media was flooded with the posts of people saying they were able to remove ‘indelible’ ink. It created a lot of buzz on the internet. Then, I checked the Google Trends to find that Indians were desperately searching for the means to remove the ink. The data affirmed the quirky nature of the Indian voters. No wonder the results were to show the same pattern.

Then came the result with historic figures of majority win by Bhartiya Janata Party (BJP). Their main opponent, grand old Congress had shattered. But the data proved that it was only BJP which crushed the legacy of Congress one at a time. They defeated Congress in more than 80 per cent of the places in a direct fight. The figures were a clear sign of a great paradigm shift in the politics of India which otherwise could not have been tracked without data. I claimed that the story immediately.

Another interesting story came as an extension to the above story. It was a little new party which made a big dent in Congress’ seat share in Maharashtra. Congress had disregarded Vanchit Bahujan Aghadi (VBA) before the elections. It costed the loss of around 19 seats. Had VBA not turned up for the elections, all those seats would have been won by Congress. Since the VBA candidates swallowed all the differential votes.

Another two beats I explored were Education and Environment. Some of the Indian states face the perennial drought issue. However, last year was no different but it had all the other states too. At that point of time, decreasing levels of reservoirs and later uneven distribution of Monsoon alarmed the signals of a big change in climate cycle. The time-series data of the same was used to arrive at some conclusions about disruptive patterns of monsoon and its probable impacts.

The union budget of India was tabled in the month of July. I analysed the previous five year’s budget and a few other components as well as changes in methods of funding. I found out that the current government was not very keen on educational reforms. They did put across the different image of themselves but numbers told another story. Thus, I managed to track the pattern which clearly deciphered the convenient ignorance of the government towards one of the fundamental sectors of nation-building.